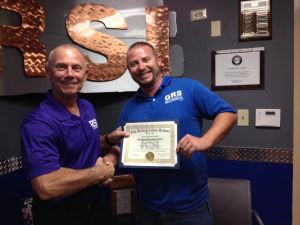 The Goff family has a long connection with The Refrigeration School (RSI). Three generations of Goff boys have come through our doors, starting in the mid-1960s with Gerald Goff. When Gerald’s son Richard (Butch) Goff wanted to join the family business, his first stop was RSI; he graduated in 1983. Then Butch’s son, Mike, became the third generation of Goff RSI graduates when he graduated in 2003. Completing the 50 year association, Mike’s step-brother Michael will graduate in 2016.

Thanks for your time Mike; tell me about your grandfather Gerald?

He was a highly intelligent, self-educated man; he would read up, and study hard on anything he wanted to learn. When RSI opened in 1965, that was about the time he got done studying, learning everything he could about air conditioning and the theory of refrigeration. So he didn’t attend RSI, he was too late for classes, but he did go through the school to get his Universal EPA Certification.

Did your grandfather start the family business?

My grandfather opened Goff Service Incorporated; he ran that business for close to 30 years until he succumbed to cancer in 2005. My dad helped him sell that business when he was diagnosed; my dad then started GRS Mechanical in 2006.

Tell me more about GRS Mechanical.

GRS Mechanical is a light commercial HVAC business; we have about eight techs working for us right now. We’re not a national competitor by any means, but we’re kind of old school; we pride ourselves on quality of service and giving people what they pay for.

Is your dad, Butch, still involved?

Very much so. He’s still owner and president, but I’m looking to gradually take more and more off his plate, although I don’t think he’ll ever leave completely. The more I mature I get, I’m 31 now, the more responsibility I get. I’d like to think I could take over in about five to ten years, I think that’s the plan. It took a lot of effort on my behalf to get him to trust me enough just to take a vacation for a week or two!

You can’t put a price on experience.

He’s taking me under his wing and teaching me all the lessons that you can only learn owning a business. You can tell somebody something all day long, but it’s only when they step in and do it that you get an idea whether they can do it.

HVAC runs in the family. So did you have a choice about what to do for a living?

Yes I did, but I did take two different paths for a while. Two years after graduating RSI, about the time my grandfather sold his business and passed away, I decided the time was right for me to follow a lifelong dream and become a firefighter.

I graduated from the Fire Academy in 2005, but I never really left HVAC. I was a firefighter for about five years, but the way shifts work in the fire department, there was always time for HVAC work. You can have a full-time job and still be a firefighter! I realized that there would never be a decrease in demand for air conditioning in Arizona. 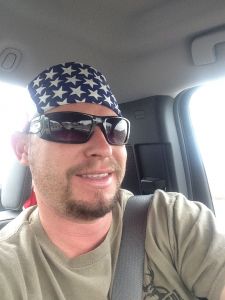 What was the favorite part about the program, and why?

I really enjoyed the electrical class, learning how motors, switches, relays, and everything worked. I’ve always been fascinated with electromechanical stuff. I was one of those kids who liked to take things apart, put them back together again and figure out how they work.

Learning the theory was the greatest thing about the school. Learning the principles, the laws of physics from people who have been there and done it in the field. Most people look at an air conditioner and have no idea how it works; they think it’s a magic box that turns hot air into cold air. I was doing air conditioning for two or three years before I went to school, when I was 16 years old.

How did your RSI education prep you for the real world?

RSI is very hands-on and gives you all the fundamentals, teaching you everything you need to know. But no matter how hands-on the education, no school can ever teach you how to apply what you’ve learned to every single situation you’re going to face. You can prep and train for any type of scenario, but every individual issue you’re going to come across is different, and they can’t train you for every eventuality.

Did you come out of RSI feeling more of a specialist in your field?

Yes, I definitely felt a lot more accomplished than I was before I went in. Like I said, I’d worked in the field for a couple of years before I went to RSI, so I knew what I’d been told, but I didn’t understand why it was that way. I knew the theory of an air conditioner, but I didn’t know why it worked. RSI gave me a much deeper understanding of the craft.

How did you feel about graduating?

I felt a sense of pride in getting my EPA card, but my family have always been real, you know what I mean? They don’t pump you up full of hot air because you did something good. But it was great to have that card because I felt I could achieve and excel in this field without any limits. Before I had limits, I couldn’t test refrigerant, that sort of thing. Going to school took away those limits.

Your brother Michael has just enrolled at RSI?

Yes, he’s worked with me a few times over the last five or six years to supplement his income, so he’s showed an interest in it. To be honest, he’s a very intelligent guy. He’s always excelled at whatever he’s done, but he’s always worked at jobs without a career path. I guess he just settled for mediocre jobs with mediocre pay. I told him, straight up, there’s money to be made here. You’re not going to get super-rich off of it, but you can live a good life with a career in HVAC.

What advice would you give to new students who are just starting out?

First I’d say buckle down; it takes hard work to get anywhere. You’re not going to come out of school and make $150,000 a year without having to work hard at it first.

I’d also tell them to take whatever classes they can, learn everything they can. There’s no such thing as too much education. I took the view that anything I learn is going to better me; whether I ever use it or not is almost beside the point. The more knowledge you have, the better off you are, the easier it will be to solve problems down the road, even if you think it completely irrelevant right now. It doesn’t hurt to expand your mind; it might help you think about problems differently. 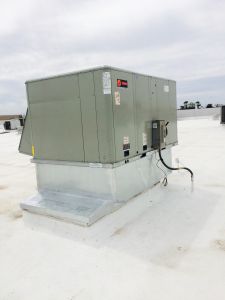 What do you do for fun?

I hunt, I fish, I shoot. I play with my kids, all kinds of stuff. I’m an outdoors guy.

I’d go out and buy a million dollar car! It’s only going to last a day, so why not?