Brian, aged 36 from Sierra Vista, AZ, graduated from the Refrigeration Technologies program in December 2013. Brian doubled up on phases and completed the six month program in just three months.

Thanks for your time Brian; tell us how you got started in HVAC.

After graduating high school, I bounced around various jobs; I worked in a tire shop, at Walmart, in fast food places. In 2003, at the age of 24, I decided I needed a career. I was living in Texas at the time, flipping burgers as an overnight cook making $7 an hour. I didn’t know anything about HVAC back then, but living in Arizona and Texas you hear people talk. I grew up with kids whose dads worked in HVAC, and I saw the life these parents could give their kids; that was what I wanted for my kids when I had them.

I was constantly flicking through the paper looking for a career. One day I saw an ad for air conditioning install helpers. I replied, had an interview and was offered a job at $6/hr, a dollar pay cut was a lot at the time! But I recognized the chance to start a career that could change my life versus flipping burgers; I quit and started the next day as an install helper.

Did you stay in the HVAC field?

I did. Three months later, through a set of strange but good circumstances, I got bumped to lead installer on $12 an hour. Eventually I moved on from Texas, to California, to Phoenix, Arizona. I started at one of the big time HVAC companies up there in 2007; I worked for them for five years in Phoenix and Tucson.

When did you move back south to Sierra Vista?

It was late 2009, I came back for personal reasons. In 2008 I had twin sons, but I lost one of them to SIDS (Sudden Infant Death Syndrome). Their mom didn’t handle it real well, so I relocated back to Sierra Vista because my parents still live here; my mom and dad could help me raise my son while I worked. I drove back and forth from Sierra Vista to Tucson every day installing units, but when that company lost a big contract they basically shut down the Tucson office. I was pretty much jobless; but after 10 years in the field, I’d come to understand that you’re never going to go long without a job in this industry.

So what did you do next?

I put in an application with Arizona Comfort Systems here in Sierra Vista. I followed up by emailing the owner, had an interview with him and his son, the general manager, and they hired me as an installer in December 2012. During my interview they asked me where I wanted to go in the industry. I told them that installing, especially in Phoenix and Tucson, is brutal on your body and after nearly 10 years I’d like to gear up for a move towards the service side. 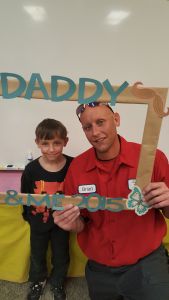 So what prompted you to come to RSI after 10 years in the HVAC field?

In February they offered me the chance to get into service as a maintenance tech. I did that until August when they told me I should consider going to RSI for formal training; Jimmy, the owner’s son and company GM, had graduated RSI in 2008 so he’d seen what someone can get out of going there.

The plan was that after I’d graduated and got my certifications they’d make me service manager for the company, which is where I’m at today. So I called RSI and started the process. Being a single parent, I couldn’t afford to be out for six months even though the company paid me the entire time I was at RSI, so that’s why I doubled up on the phases. I started in September and graduated on December 12 2013.

They paid you while you went to RSI. Did you have time to work?

Doubling phases I had absolutely no time to work. I went to school from 7.30am to 5.30pm, I’d do my homework for both classes at night until about 10/11pm. Then on the weekends I’d come home and spend time with my son, or study if I had an exam coming up. They were very good to me.

What was your favorite part of the RSI program, and why?

I would say the hands-on experience. I’ve hired a couple of guys that have come out of community college, and the comparison of the education they’ve had is literally night and day. You talk to someone who has gone to RSI and has hands-on experience, they can run through systems. But people who get out of community college having just studied books, once they land in the field they’re completely lost. 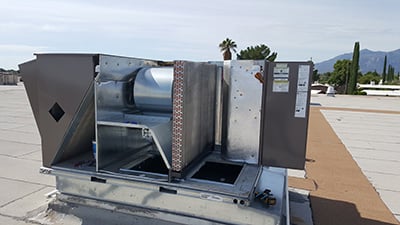 How were the instructors at RSI?

I felt that the instructors really care; they’re there because they want to turn out good technicians. Any time you had a question, they’d let you ask your question in front of the class. They’d try to get you to understand it with everybody else there. You could always go to them after class. They always took the time to make sure you’re going to get out of there with the knowledge that you need.

Did you leave RSI feeling more of a specialist in the field than when you went in?

100% without a doubt. In the six months prior to going to RSI, every other service call I’d be picking up the phone to call someone with a question, unless it was something easy like a capacitor or contactor. But I was lost on any kind of refrigeration call. I knew what components were, but I didn’t really know their purpose. I had no concept of how to diagnose anything to do with refrigeration until RSI. The school gave me a better understanding of the ‘why’ behind the ‘what’. 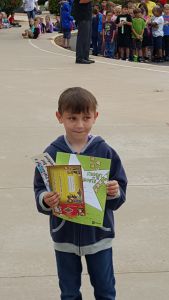 What’s your favorite aspect of working in HVAC?

The satisfaction of helping people. When I was working up in Phoenix and it was 115f outside and you’re there to install their system which has been out for a week, it’s kind of the red carpet treatment!

Give it real serious consideration because it could change your life. If you go, get your money’s worth out of it; surround yourself with people there who are there for a reason, who have a purpose, rather than those trying to find their way. If you listen to what the instructors are telling you and pay attention to what’s being taught, you can come out of there with a pretty good understanding. You can land yourself in a position to change your life forever. There’s definitely good money in HVAC. I’m not hurting; I have sole custody of my son, he’s well taken care of, HVAC has been good to me.

Would you say you have your dream job?

From the time I started air conditioning, and it didn’t take me very long to figure this out, I’ve felt like this is what I’m meant to do. Not from a ‘life purpose’ perspective maybe, but as a career. I enjoy what I do. I’m comfortable where I’m at today. I definitely don’t see myself making any kind of career change. I’ve found a home here at Arizona Comfort Systems; they’ve been real good to me.

What do you do for fun in your own time Brian?

What’s ‘fun’?! I don’t really do too much for myself; I think anyone that’s a parent truly understands that. My son Jesse is nearly seven now, and he plays soccer and football and baseball; I play video games with him. When I’m not at work my time is pretty much dedicated to him. 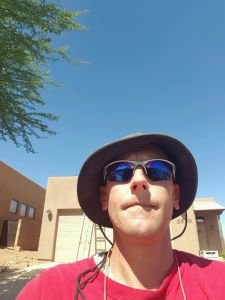 Are you single parenting or is there someone else in your life?

I’m a single parent. When all that happened with my son six years ago my main focus, without the mom in the picture, was to get myself and Jesse situated before I reopened that chapter of my life. I have to say I enjoy the peace and quiet, and the drama free life at the moment!

Oh man… The only thing that comes to mind is to put enough money away for my son to go to college. His college education would be top of my list on that one.