Thanks for sharing your story, Adrian; what did you do after high school before you came to RSI?

After high school, I went to college. Back in the day, like 17-18 years ago, the teachers pushed you to college. The story was if you didn’t go to college, you weren’t going to amount to much, you were like a bum or something! So, I did college for two years but decided I wanted to serve and help others, so I joined the U.S. Army. I was an Airborne Infantry guy for 13 years. I was with the 82nd Airborne Division, now the 11th Airborne Division, mainly stationed out of Fort Bragg, NC, and Fort Richardson, Alaska.

So, you dropped out of college to go to the military?

I did, but I continued to knock out my college degree in the Army. I honestly have like three college credits left to finish my bachelor’s in Business Marketing, so I’m definitely going to finish it up.

Thank you for your service, So, where did the idea of RSI come from?

Towards the end of your military career, when you’re on your way out, they take you off the front lines and put you in an office. That was probably the worst year of my life. I’m not an office guy; I don’t know how to use Excel; I was just counting the clock every day. I needed to be out and about helping people, so I started looking for trades. I saw RSI and thought it was cool. I took a tour, got out, and took the leap.

How did you choose the EMT program at RSI?

Initially I was just interested in just doing refrigeration, so the six-month Refrigeration Technologies program. But after I looked at it, the nine-month EMT program was more well-rounded with more electrical stuff and the solar course. I thought it would give me more knowledge, make me more versatile. 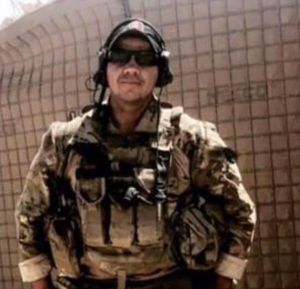 You mentioned “helping people” just now, what did you mean by that?

My dad is a pastor, so I was trying to find my own purpose in the world, a way to serve, when I got out. I thought if I did HVAC I could help elderly people, eventually be able to fix their A/Cs for cheap, or as a non-profit type of thing. That’s something I’d still like to do one day.

What a great idea! Did you have any HVAC experience before RSI? From the military maybe?

What did you enjoy most about your time at RSI?

Learning.  I’m not trying to be corny or anything, but I’d say the instructors. They’ve got some pretty good instructors there at RSI, pretty knowledgeable guys. I liked picking their brains.

With no experience, did have tough days?

Yeah, at first, it’s a little tough, but I picked it up. Personally, I’d say I struggled with the electrical part a little, just the wiring, reading the diagrams and stuff. But if you have a rough day, once you leave for the day, leave it there, and the next day is a new day. You can start fresh the next day. Maybe come in a little early and ask questions, tell your instructor that you struggled with this yesterday, and get some pointers.

That’s a good attitude. What helped you the most?

For me, I just had to get over that hump of being afraid to ask questions. I learned to put myself out there, to be vulnerable, and ask questions…because you’re probably not the only one to have that same question.

That’s very true; where are you working and how did you get the job?

I work for Cool Runnings International; we do commercial and industrial refrigeration and cold storage. How I got the job is kind of unusual. I was sitting at school talking to another RSI student. This guy happened to be a manager at Cool Runnings, but he was at RSI for more training. He was just another student to me, so I struck up a conversation with him and he told me about the company. He told me to send in my résumé and one thing led to another. It turns out that his brother is one of the owners!

I’m a junior technician. I’m learning everything right now, but we’re building the coolers and freezer systems – the boxes. I’m doing a little welding – the copper pipes into the condenser units. Then we’re charging the systems, making sure that they’re good to go. We do all this on site at gas stations, restaurants, stores, so there’s a lot of travel.

That sounds awesome. Is this just traveling around Arizona?

No, it’s across the country and international. I’ve only been there about a month and so far I’ve been to Chicago, Milwaukee, and Seattle. We have a job coming up at the University of Texas in Austin, and then next month I’m going to Japan for about a month.

Were you more interested in this low temp/refrigeration work than regular A/C work?

Yeah, when I learned more about refrigeration in school, I think I leaned more towards this type of work. It just happened to work out the way it has.

So, honestly, these people here are just super awesome. They seem to really care about their employees; the owner brings people over to his house; they have a yearly company party and people just crash at their house. That kind of helps you take ownership for it, you know? I’m probably going to stay here. I’ve thought about eventually having my own thing like I said earlier, but for now I’d like to stay here for a while.

I’d honestly say just the people that I work with. One reason I was kind of afraid of getting into the trades was, as the new guy, how would I deal with the more experienced guys? Guys who may not want to be helpful to the new guy, you know what I mean? But these guys here have been super helpful, they’ve taught me a lot, and they’ve been very patient. I just enjoy it. It doesn’t even feel like work. We’re working hard, but just being around good people all day, cracking jokes, it’s fun. I’d say that’s probably my favorite part.

It really is, yeah, that’s what it is. But at the same time, I’m also learning a lot from them, learning how to do this job. Being able to constantly grow, to be constantly learning stuff, I really like it.

And you’re learning to weld too! Did you ever grab a welding torch at RSI?

No, never. I should have got some pointers from the guys on the welding program – it would have helped!

Did you make some lasting connections at RSI, people you’ll stay in touch?

Oh, for sure. Yeah, definitely. There’s a lot of good, very helpful people there.

What advice do you have for new students starting at RSI?

I’d just say take it day by day. For me, getting out of the military at 34 years old, it was kind of humbling to be back to school. I’ve done a lot of things and to be up back in school was definitely humbling, especially when you’re older. So, just take it day by day. Be humble and ask a lot of questions; don’t be embarrassed or feel stupid for asking anything. There really is no such thing as a dumb question. Get as much as knowledge as you can out of your instructors, that’s what they’re there for.