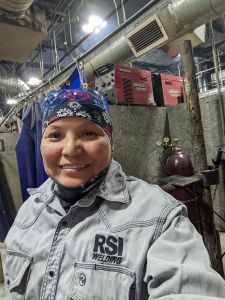 Shannon has more than 22 years of experience as a welder, having been pushed to become one by her husband, who was also a welder. For the first 13 years of her career, she worked in power plants as a high pressure TIG welder doing shutdowns and outages. She also went into the piping industry and became a combination welder. She made the decision to become a welding instructor at RSI last year, deciding she wanted a job that was steadier and local.

Shannon’s favorite part of being an instructor:

“I enjoy just interacting with the students. I enjoy the looks on their faces when they finally get the type of weld that they’re aiming for, a good weld, a good root, a good cap. I like to see joy on their faces, a big old smile. That’s rewarding for me, that’s all I need, you know?” 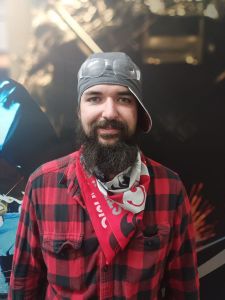 An RSI graduate himself, Beau’s first big welding job was doing shutdowns and turnarounds for JVIC. While he loved the work, he describes it as “feast or famine.” Shortly before working at JVIC, he briefly worked at RSI doing maintenance, where he told everyone he someday wanted to be an instructor. That eventually came true, and Beau has been with the RSI family for 6 months.

Beau’s favorite part of being an instructor:

“I get a lot out of teaching people. Whenever a student applies what I’ve shown them and I see them get better results than they got before, that gives me something—I don’t know what to call it. I’ve had training positions over the years that made me realize I really enjoy teaching. Even while going to school here, just helping other students, teaching just interested me.”

A military brat, Carlson got his start doing low-voltage work for an alarm company before moving to IBM to do programming, wiring, electrical and low-voltage work. He would later go on to start his own business, get a Master Electrician license and get an MBA.

After some persuasion by his kids, Carlson decided it was time to pass on his knowledge to newer electricians. He’s been with the RSI family as an instructor since November of 2021.

Carlson’s favorite part of being an instructor:

“Even to this day, when I do electrical work and finish a job, I stand back, look at it, and I just admire it. It’s like, ‘Wow, I actually did that.’ This is something that I can come back and look at for years to come and bring my family, my grandkids to see. I’ve been like that with my apprentices. I’ve got three apprentices who are just going crazy; they’ve got their own businesses and doing really well. With my RSI students, it’s the same thing. When you’ve got somebody for 20 days, and they come back and tell you they got this job in commercial electrical, and you’ve changed their life, I’m like, ‘What?’

“When I’m teaching, I throw little tricks at them, and if they figure it out, I just stand back and think, ‘Wow, that’s something I taught them that nobody can ever take away.’ That’s awesome. I tell the staff here that I don’t feel like I’m coming to work. I literally get to come here and talk about something that I love and that I’m great at, and you guys are going to give me some money? It’s just awesome!” 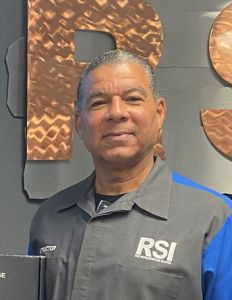 Ted’s first love was jazz and old-school R&B music. He plays keyboards, bass, drums and can even sing. After deciding earning a living as a musician wasn’t the best decision, he enrolled in HVAC school and worked in residential heating and cooling after graduating. He even owned his own company in St. Louis.

Ted started teaching at RSI in the mid-90s before moving on to other HVAC work, but he returned as an instructor last year because he wanted to give the younger technicians a chance to work in the field while he took on a role that was less hands-on.

Ted’s favorite part of being an RSI instructor:

“I enjoy sharing the information I’ve learned through my experience, and some tricks of the trade. I also enjoy seeing the light in the students’ eyes when they finally get it. That’s satisfying! I really like seeing students get what I’m telling them, then get out there, get a job, and use what I’ve shared. Then if they call back and say, “Hey, man, you really helped me!”, that’s really satisfying.”